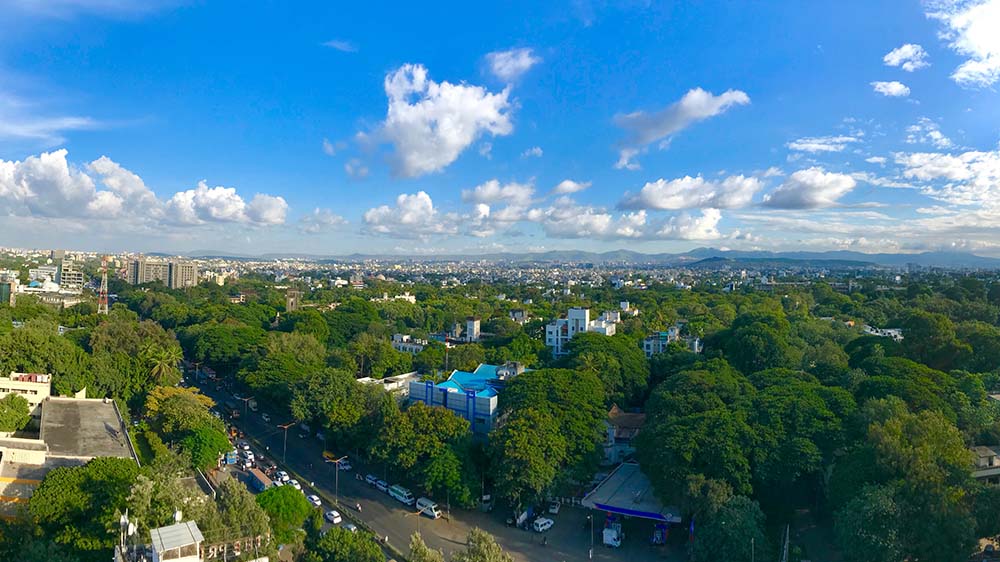 Pune has emerged as one of the most sought-after residential and employment destinations in India. As more and more multinational IT companies set up their base here, Pune grows as an investment destination. The city is also known for its reputed academic institutions, lifestyle amenities, top-notch urban infrastructure and great weather all year round.
Here’s a look at Pune’s top 3 lifestyle destinations:

1. Hadapsar:
With three SEZs in the area-- Phursungi IT Park, Magarpatta City and Amanora Park Town—Hadapsar is among the major commercial areas of Pune. Major IT companies like Honeywell, TCS, IBM and Accenture are also located in Hadapsar. The bustling economic and commercial zones of Hadapsar have ensured that the infrastructure of the area is highly developed. In addition to offering excellent connectivity across the city, Hadapsar is also known to be one of Pune’s most prominent lifestyle destinations. With a number of reputed schools, hospitals, shopping malls, restaurants and cafés located here, there’s never a dull moment. Moreover, Hadapsar is dotted with a number of tourist destinations, historical sites and cultural attractions such as the Celebrity Wax Museum, Della Adventure Park, Mahabaleshwar Temple and Pavana Lake. Malwadi, Mahadev Nagar, Laxmi Colony and Undri are some of the happening areas of Pune that lie in proximity to Hadapsar.

2. Baner:
Baner has recently gained popularity as the new happening destination in town. Hailed as the ‘queen of the suburbs’ in Pune, the area has offers good infrastructure with state-of-the-art healthcare facilities, international schools, fine dining restaurants, cafés and multiplexes. Baner hosts some of the best entertainment and cultural events in town, and shares excellent connectivity with areas such as Koregaon Park, Kalyani Nagar, Aaund, and Hinjewadi.

3. Kharadi:
Kharadi is being recognized as the next big ‘business destination’ of Pune, owning to the biggest IT parks of the city being located here. With good connectivity to all the major parts of the city and well-developed social infrastructure, Kharadi is a popular locality in Pune. Located in the hilly parts of the city by the river makes Kharadi a picturesque destination in Pune.

Looking to invest in property for sale in Hadapsar Pune? Explore luxury flats in Pune for sale at Amanora Gateway Towers.