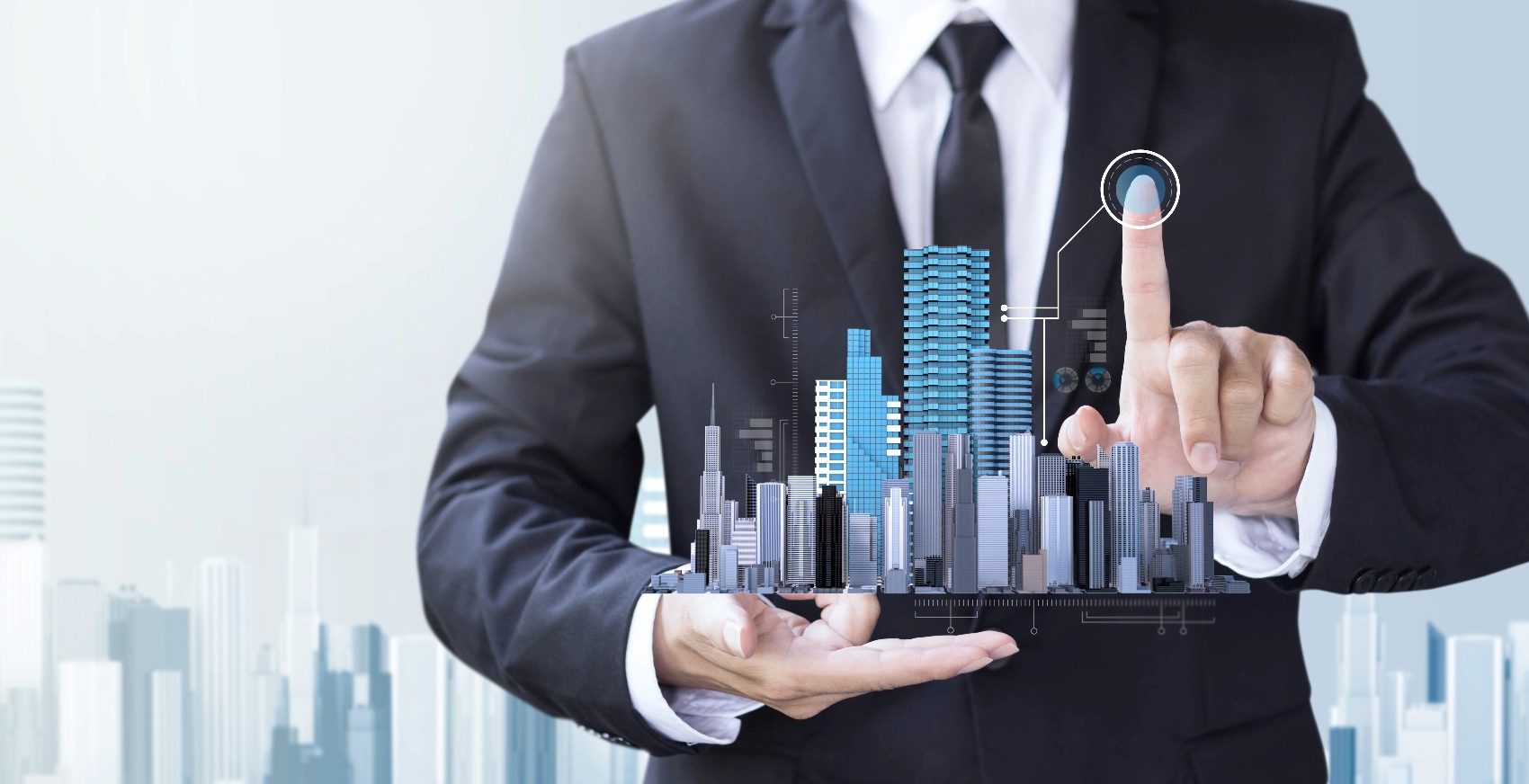 Pune is known for its historical, social, cultural, and political essence and scenic surroundings. Its history can be traced back to as early as the 8th century when it was known as Punnaka, ruled by Rashtrakootas and referred to as Punya Vishaya, meaning a holy region. Later, during the 17th century, it became the critical ground of the great Maratha ruler, Chhatrapati Shivaji. It was the center of the dominion of the Peshwas. Under their rule, temples, gardens, and educational establishments prospered in the city.

In the last two decades, Pune has significantly changed. The infrastructure has dramatically improved, there is better connectivity, and it has become a central IT hub. All these have paved the way for lucrative possibilities.

Pune is an intriguing city in the parameters of its majestic past and glorious and bright present and future. The residents have cared to preserve the rich culture despite the industrialization and socio-entertainment hubs. Hence, Pune is a rare twin-image of a city where the custom meets the contemporary.

Everyone is finding a house in Pune, from pensioners to professionals, thus funding Pune's real estate. Many prominent residential projects are being developed across Pune to house the growing demands and population. There has been significant growth in property rates in certain areas.

Popular neighborhoods of Pune have seen a rise of 50.3% in total property appreciation since 2021. It shows how investing in Pune yields better ROI. The prospects are exceptionally high in some areas due to their strategic location and seamless connectivity. Further, employment opportunities are immense in Pune. These reasons add to making Pune an investment avenue with higher returns on investment. Let's find out the localities in Pune where one can invest for residential and commercial purposes.

Hadapsar is known as the "Gateway to the Western Ghats." It is one of the finest and top-rated localities in Pune. Being a well-developed area and a prosperous residential hub, Hadapsar is home to some of the best residential projects in Pune. The area has a neighboring airport, a railroad station, and NH-65. The SP Infocity and the Hadapsar Industrial Area are key employment hubs.

The city's most reputed hospitals, Bhujbal, Dharmadhikari, and Medicare Multispeciality Hospital, are around the corner. The locality includes schools like ORCHIDS, The International School, and Mentor International School. Also, there are innumerable clubs like Agent Jacks’, Altitude for perfect nightlife, and recreational avenues like the Amanora Mall and the Seasons Mall.

Kharadi is located on the eastern side of Pune. It is known for its IT parks, Kharadi Village, and many small-scale industries, which makes it the best office space for sale in Pune. Kharadi being closer to Pune airport and the railway station, makes the commute easier for residents. The area is known to house a plethora of residential and commercial office space in Pune.

The locality has various educational institutions such as Gurukul High School, Bharti Vidyapeeth School, etc. Also, the area has some well-known hospitals like Columbia Asia and Rising Medicare Hospital. For recreational purposes, the malls nearby are Phoenix City Mall and Sky Max Mall. Further, the locality houses some of the most popular and frequented bars and pubs in Pune, like Local Gastro Bar, Fly High, and more.

Viman Nagar is a residential area in Pune. It is well connected to its surrounding areas and has good infrastructure and amenities making it suitable for real estate investment in Pune.

It houses the best schools like Wisitek Academy School, New Wisdom International School, and St.arnolds Central School. Also, some of Pune's extravagant malls, Phoenix Marketcity Mall and Seasons Mall, and Hospitals like Apollo Dental, Practo Care Surgeries, and Shree Hospital are nearby. The locality has some of the best clubs like Mi-A-Mi, Local Gastro Bar, and more for those looking for a place to let loose.

Mundhwa is on Pune's eastern outskirts. Mundhwa is profiting from its closeness to major IT zones in Pune. It offers easy access to the New Airport Road and the Pune Railway Station. Mundhwa is home to several reputed schools like the Orbis, Rise High, Lonkar School & High School, and Jagriti Public School.

Shopping and recreational places like the Seasons Mall, Amanora Park Town, Inorbit Mall, and Phoenix Market are located in the vicinity, along with leading hospitals such as Columbia Asia, Gaikwad Hospital, and Himadri Himani Ganga Hospital. Mundhwa offers decent prospects for future appreciation and property rates. Therefore, it is in high demand for real estate investment in Pune.

Kondhwa is located in the southeast of the city. It is Pune's fastest-growing suburb. Kondhwa is well connected to the Pune train station and the airport. It is strategically connected to the Mumbai-Pune Highway via Katraj. Industrial growth and the IT sector's growth have led to retail development, which is well suited for commercial purposes.

Pimple Nilakh has all of the advantages of a great city location. It has proximity to the Mumbai Pune Expressway and various IT companies and tech parks, expanding the residential growth in Pimple Nilakh. Many real estate developers in Pune, like Wadhwani, Muktaa Developers, and others, have some of their best residential projects here.

It is equipped with essential social and civic infrastructure. The locality houses various schools, including Laxmibai Nandgude International, Bharati Vidyapeeth English Medium School, and many others. The major hospitals in Pimple Nilakh include Elite Healthcare-Datar, Dhanwantari Hospital, Lifeline Hospital, and Metro Hospital. Regarding the increasing price trend and the rise in demand, Pimple Nilakh seems the best property in Pune for investment.

Baner is a fringe area of northwestern Pune that has grown to be a promising real estate hotspot. Baner's well-developed physical and social infrastructure is suitable for real estate investments. Reputed healthcare centers, educational institutions, shopping complexes, and recreational facilities are available. It is mainly preferred by luxury home seekers, affordable homebuyers, techies looking for rental options, and even HNIs and NRIs.

Balewadi is in the northwestern part of the city, on the fringes of the city's historic sections. Over the years, Balewadi has shown potential growth in the real estate, IT, and real estate sectors, which is a good sign for investors. It has good connectivity with the metro line. The region has a sufficient amount of schools and commercial parks. Balewadi's primary hospitals include Pearly White Dental Clinic, Apex Eye Care Clinic, and LifeLine Hospital.

Further, Balewadi is amongst the go-to places to relax and relish the nightlife. The locality is bustling with restaurants, bars, and cafes. The latest addition to the locality is 2.0 Culture Pune, which has already become an instant hit.

Wakad has grown into a significant locality and has become a sought-after destination to live in due to its good infrastructure and amenities. It is equipped with premier commercial and residential projects, a wide range of social infrastructure, and civic amenities. Wakad has excellent road connectivity that makes for a smooth daily commute to the other parts of Pune.

The area has reputed schools, hospitals, and recreational hubs. One of the major reasons why Wakad has seen enormous growth in the past few years is its proximity to the Hinjewadi IT Park. Also, clubs and eateries in the locality make it ideal for busting the stresses of an impossibly tiring week. All this makes Wakad a highly lucrative commercial and residential area.

Hinjewadi, a key job hub in northeast Pune, is a preferred investment destination. Its biggest locational advantage is its proximity to the Expressway that connects with Mumbai's business districts. The region is very well-connected with other important regions in the city and the state. The region houses multinationals and occupiers from the IT and ITES sector. As a result, there is a growth in residential and commercial space.

With the promising appreciation of property rates and an impressive range of projects offered by real estate tycoons and renowned builders, Pune has emerged as the top choice for residents and outside NRIs to invest in Pune for residential and commercial purposes.