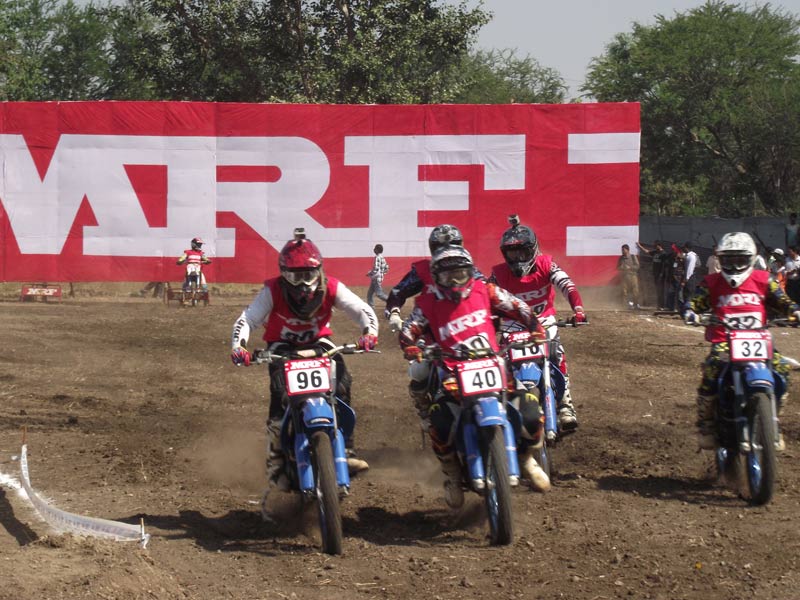 Santosh takes the race, Arvind the Championship Giving his team mate a tough fight, the current champion CS Arvind set the track on fire to win the Foreign Open class in the fifth and final round of the MRF National Supercross Championship at Amanora Park Town in Hadapsar on Saturday, 3 December 2011. While Santosh garnered full 40 points, winning both races, the championship leader Aravind KP had to settle for 32. However, CS Santosh's 40 points were not enough to topple Aravind KP from the championship title. This was interestingly the first time such an event was held at Amanora Park Town. Aniruddha Deshpade, MD, MD, City Corporation Limited flagged off the race and the event turned out to be a success. Amanora Park Town, spread over around 400 acres is the first of its kind residential project which aims towards a modern and futuristic lifestyle. It has concepts and areas meant for all the age groups within a family. Walk-to Work and Walk-to-School along with the Temple of Environment are some of the unique concepts encouraged by Amanora.
Enquire Now